The poster was created for the Museum of Art and Design as part of its ongoing film programming. The retrospective "David Bowie, Artist" reframed Bowie’s daring, multidisciplinary career as that of an artist working primarily in performance. Films shown explored his roots in such performance-based practices as cabaret, mime, and avant-garde theater, then showcased Ziggy Stardust—his revolutionary tour that synthesized theater, music, and contemporary art into a rock spectacle—as well as his innovative video collaborations, and his work in cinema and theater. In total, the series presented Bowie as one of the most iconoclastic cultural producers of the 20th century. 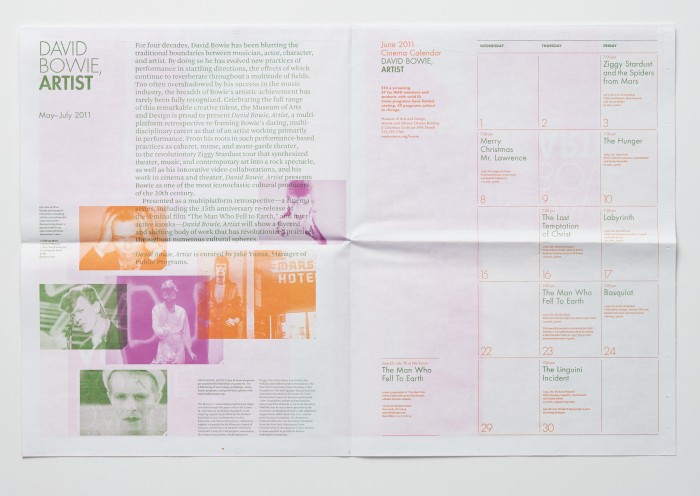 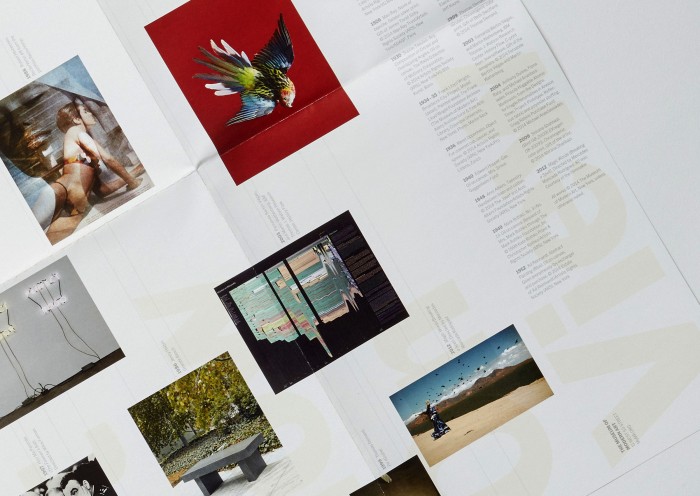